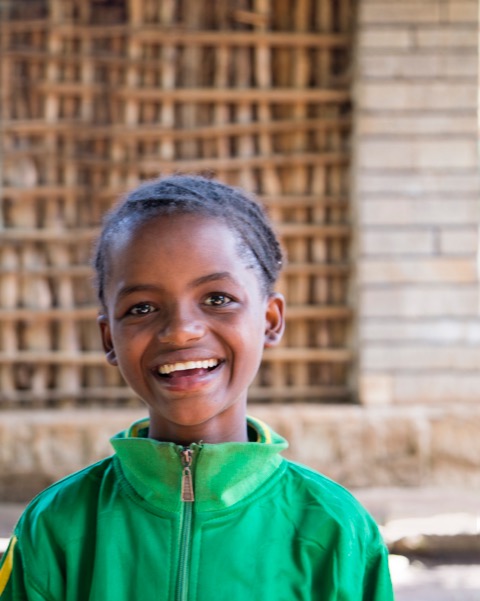 During our #100Kids School Sponsorship Campaign, we are sharing the personal stories of our field work in Ethiopia. These are the stories that inspire and remind us that education is a right, not a privilege.

Do you believe in magic? I do. Let me tell you why.

These days it seems there is little magic in taking a photo. In its purest form a simple photo is a beautiful thing that captures a moment and tells a story of who we are on that day, in that moment. It is so commonplace that the first world has become “selfie” obsessed. At any time we can use our various forms of technology to capture a moment, but I doubt anyone in the first world would call it magic.

As I looked forward to working in Ethiopia with the Roots Ethiopia team I was trying to think of ways in which I could bring something that is both joyful & meaningful to share. It seemed natural to bring the gift of photography to rural Ethiopia as it is something I truly love. While my 35mm camera was certainly going to be doing a lot of its own work, I couldn’t use that camera to connect with people or leave something with them there. It occurred to me that a simple instant camera (Fuji Instamax) could be both a fun and meaningful offering.

I did not know when or where we would want to pull out the instant camera, but I was certain the moment would present itself. And then it did. On what was a very busy day, our Roots Ethiopia team was going between school sites when we made a quick stop at “Meseret Cristos Church,” which is the center of the community in many ways. There were a variety of people of all ages from the local community on the church grounds. I quickly realized it was the perfect space to use my instant camera (with 40 photos). The word travels very quickly among the neighborhood children that there are visitors, so it went from several children and quickly turned into at least 20. Our Ethiopian friends translated what I wanted to do with the instant camera and quickly 40 different instant captures were made.

While the instant photo itself is “magical” in its own way, the real magic emerged in the smiles and the joyful energy of the space. You could feel the magic as people flapped their photos to dry and the anticipation of seeing their very own photo…perhaps the only photo they have of themselves. The magic was in us watching their faces, young and old alike, watching their images develop on these photos. But the real magic was in the connections we were making with the help of an instant camera that transcended all that may divide us in language and culture. There wasn’t any mystery to this type of magic. It was beautiful, simple, joyful, filled with gratefulness and connections.

At the end of the day, hours after we had taken the instant photos at the church, as we were driving away several children were running behind our van waving their photos. In that moment I felt the magic again and knew that it would be nearly impossible to recapture, but was so grateful to have felt it at all.